Happy Shark Week! Put your shark IQ to the test in this jaw-some quiz

It’s the most wonderful week of the year… Shark Week at Discovery Place Science! To celebrate this summer, we invite you to dive into some under-the-sea fun with sharks by visiting our featured Unseen Oceans exhibit and learning all about what lies beneath.

Test your Shark IQ with our short quiz and share with your family and friends to show your shark smarts. Did you know that shark researchers can stimulate the ampullae of lorenzini with a metal glove to put sharks into a state of tonic immobility? Or that sharks have been in the fossil record longer than dinosaurs?

Check out question 1 to find out just how long sharks have been swimming the seas! No matter how many questions you answer correctly, you will learn more about apex predators in the oceans.

1. According to fossil records, approximately how long have sharks lived on Earth?

2. Approximately how many shark species have scientists identified?

3. Which type of marine animals are sharks most closely related?

4. Which shark species is the largest fish in the world? 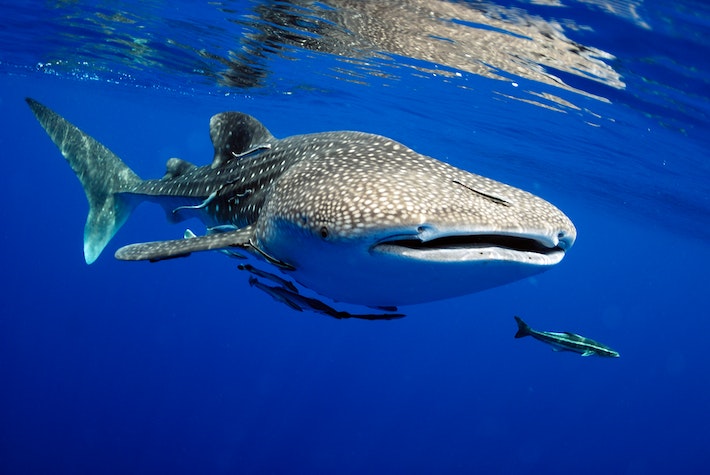 5. Which shark species can survive and reproduce in freshwater?

6. After a high-fat meal of sea lion or seal, about how long can a great white shark survive before its next meal?

7. What is the fastest shark species, capable of swimming at speeds up to 71 kilometers per hour?

8. What is the smallest shark species in the world?

9. Roughly how many teeth will an average shark have during its lifespan? 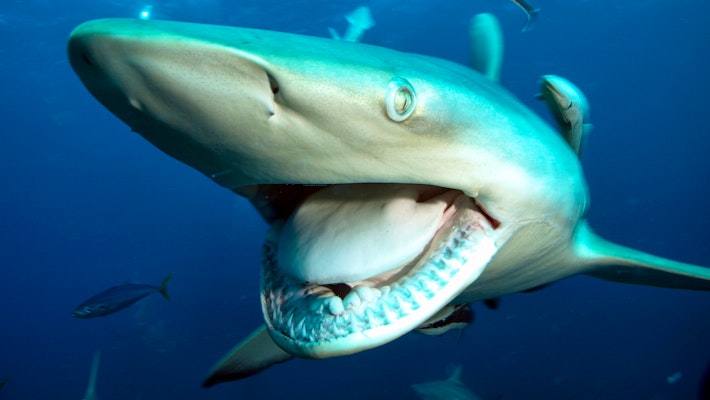 10. Which shark species is oviparous, meaning they lay eggs that hatch outside the mother’s body?

11. How do sharks keep from sinking?

A. They have a swim bladder

B. Their livers contain large amounts of oil

C. They are less dense than sea water

12. Shark skeletons are primarily composed of which substance?

C. Sharks do not have skeletons

13. Sharks can sense electromagnetic activity through a sensitive network of pores on their snout called what?

A. Ampullae of Lorenzini

14. Which shark species is most likely to be found in groups? 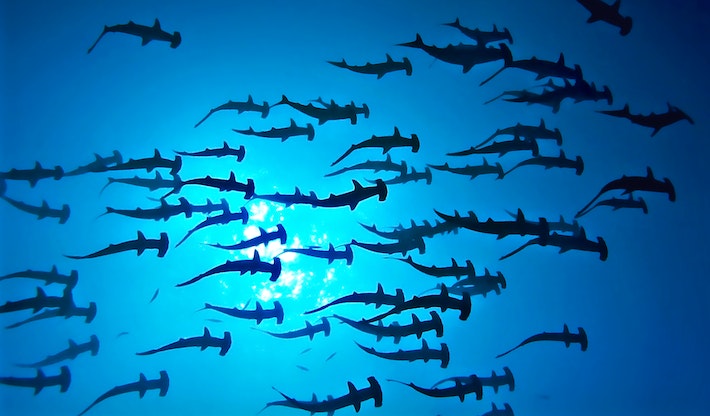 15. In Unseen Oceans at Discovery Place Science, you can encounter which benthic shark species that lives almost entirely on the ocean floor? 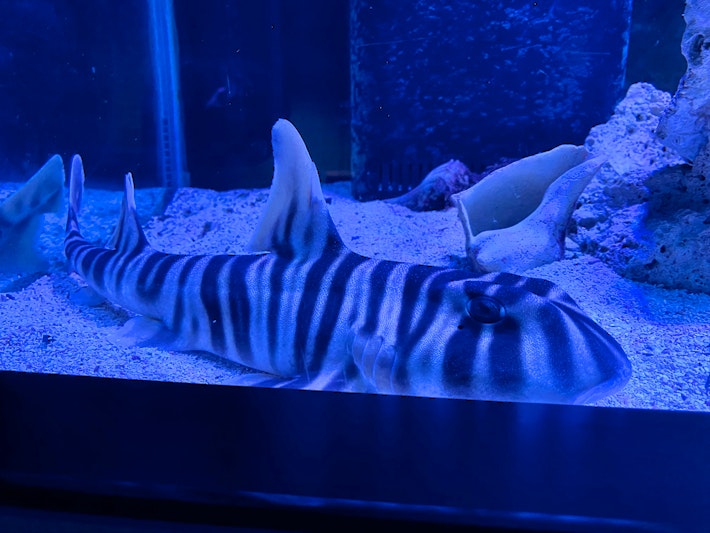 Ready to check your answers?