It has been nearly 50 years since the last time humans set foot on the Moon, but NASA has plans to change that in the near future through The Artemis Plan (NASA Artemis).

The Artemis Plan is a series of missions focused on furthering space exploration, landing the first woman and person of color on the Moon, developing a moon base and eventually sending the first humans to Mars!

The first mission, Artemis I, is intended to be an un-crewed mission that will focus on collecting data and testing new equipment. 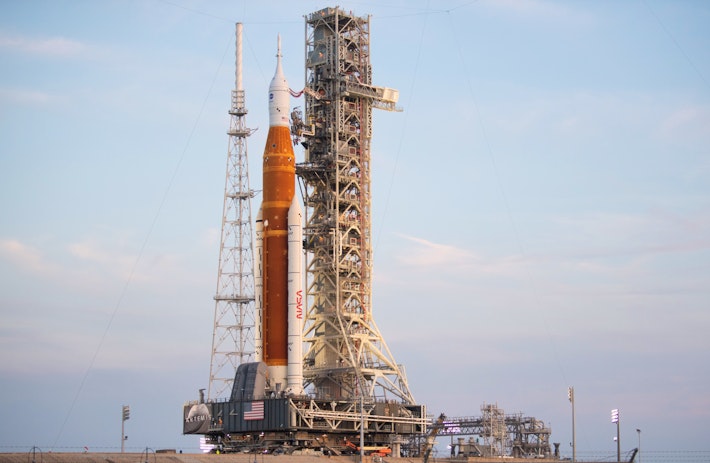 What to Expect from Artemis I

Artemis I will make history as the first flight to use the Space Launch System (SLS) rocket that has taken over a decade to develop, and it will be NASA’s second flight using the Orion Crew Capsule.

This uncrewed mission will travel nearly 40,000 miles beyond the Moon’s surface before returning to Earth, testing flight conditions and navigational systems along the way to ensure the flight is safe for humans in the future.

If all goes as planned, the SLS will take off August 29 at 8:33am EDT and travel approximately 1.3 million miles before returning to Earth around October 10.

Because the SLS has never launched before, there is a possibility that complications could postpone the intended launch day. Alternate launch windows have been selected based on the positioning of the Moon and Earth and could take place as early as September 2 or 5.

To get into that rocket-launch feeling, try one of our hands-on rocket activities using everyday materials you may already have at home!

Rockets rely on Newton’s Laws of Motion to achieve liftoff. Newton’s First Law states that an object at rest will stay at rest (and objects in motion will stay in motion) unless acted on by another force.

A heavy rocket that is resting on a launch pad needs to be able to generate more thrust than the force of gravity keeping it in a resting state. The force that is generated during liftoff is directly proportional to the amount of gas particles that are burned, which propel the rocket in the opposite direction.

Once the rocket takes off, it will gain speed as acceleration begins to accumulate. The SLS weighs approximately 5.7 million pounds and requires 8.8 million pounds of thrust to achieve liftoff, which is done by the combustion of various gases – or propellants. 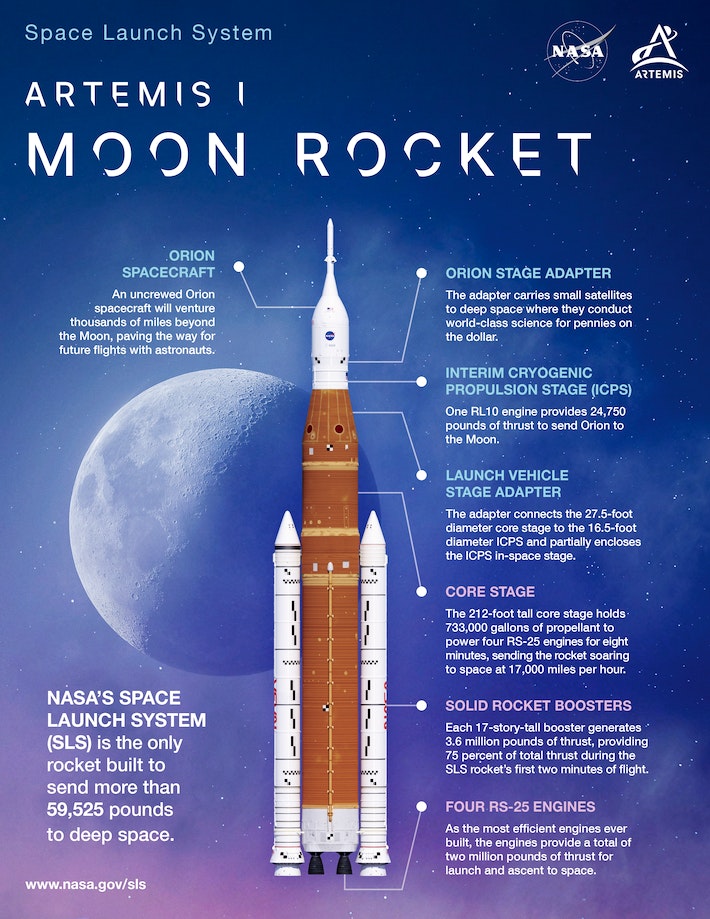 It will be very loud and exciting at the Kennedy Space Center in Florida for the hundreds of thousands of people who plan on watching the launch in person! If you are unable to make the trip to the Kennedy Space Center for launch day, join Discovery Place Science on the morning of August 29 for a front-row seat to NASA’s livestream launch of Artemis I in IMAX.