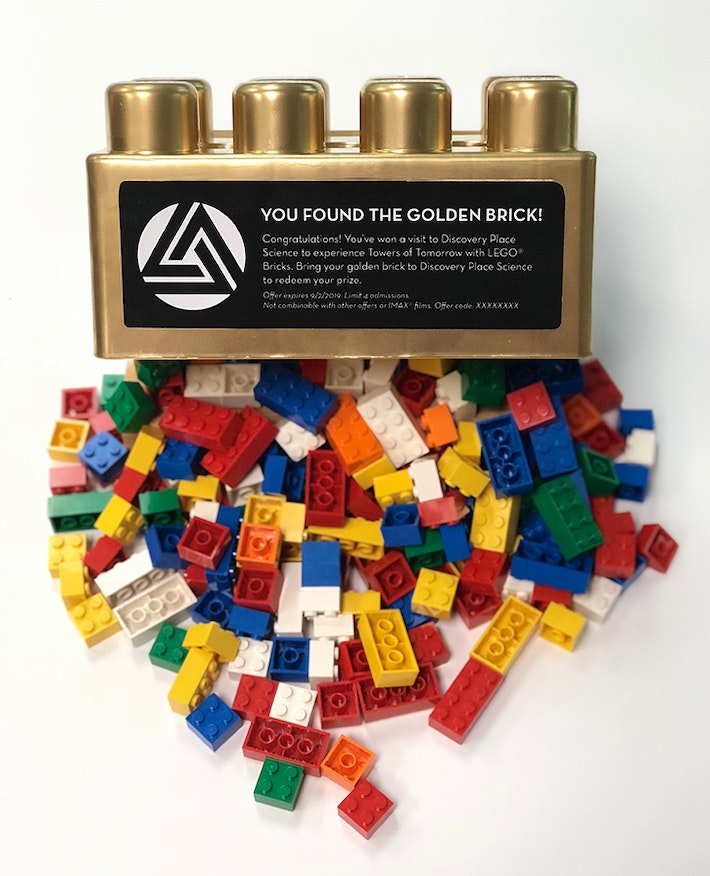 CHARLOTTE – As Discovery Place Science kicks off its latest traveling exhibition, Towers of Tomorrow with LEGO® Bricks, the Museum is looking for the public’s help this summer in finding 10 lost LEGO bricks throughout the Charlotte region.

Towers of Tomorrow with LEGO® Bricks, a traveling exhibition from Sydney Living Museums in Australia and toured internationally by Flying Fish, officially arrives at the Museum on June 1. Constructed with breathtaking architectural detail and accuracy by Ryan “The Brickman” McNaught, one of just 14 certified LEGO professionals in the world, 20 of the world’s most astonishing skyscrapers are built out of LEGO bricks, offering birds-eye views of these extraordinary buildings.

“More than 577,000 LEGO bricks make up the amazing Towers of Tomorrow buildings and there are 200,000 LEGO bricks for visitors to create their own towers of tomorrow as well, but we are anxious to recover these 10 lost LEGO bricks before the exhibition leaves in September,” said Discovery Place Communications Director Kristen Swing. “The extra-large, golden LEGO bricks carry special meaning to the exhibition here in Charlotte.”

A lost LEGO brick will be hidden every Friday, beginning May 24. Those wishing to search for the lost LEGO bricks should follow us on Instagram (@DiscoveryPlaceScience) for weekly clues regarding the LEGO bricks’ whereabouts.

For more information about Towers of Tomorrow, visit here.