CHARLOTTE – The latest IMAX® documentary adventure from IMAX Entertainment, Pandas – a heartwarming global story about reintroducing captive born pandas to the wild – begins March 30 in the IMAX Dome Theatre at Discovery Place Science, and the breathtaking adventure promises to be an amazing experience for the entire family.

Narrated by actress Kristen Bell (Frozen, TV’s “The Good Place”), the film follows a researcher at Chengdu Panda Base in China where scientists are dedicated to protecting the endangered species by breeding adult Giant Pandas in order to introduce the captive-born cubs into the wild.

The researcher’s passion leads her to initiate a new technique inspired by a black bear rehabilitator in rural New Hampshire. What starts as a cross-cultural collaboration becomes a life-changing journey for one special panda named Qian Qian. 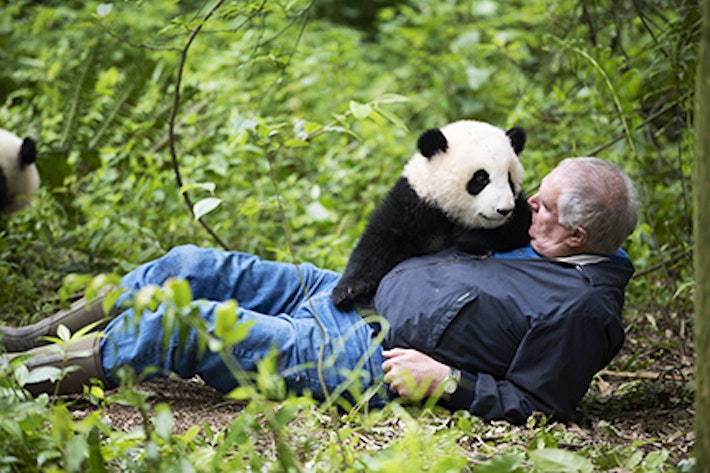 Through the film, viewers join Qian Qian on her exciting new adventure in the mountains of Sichuan as she takes her first steps outside her protected habitat, discovering her true animal nature.

“I am thrilled to team up with IMAX and Warner Bros. Pictures to help tell this incredible story in the larger-than-life IMAX format,” Bell said. “Pandas not only spotlights the important work being done to protect these beloved and ridiculously cute animals, but it provides us with inspiration and hope and showcases the great things we can achieve when we work together.”

David Douglas and Drew Fellman, the filmmakers behind Born to be Wild and Island of Lemurs: Madagascar, directed the film, which Fellman wrote and produced, with Douglas as director of photography. Donald Kushner and Steve Ransohoff also produced the film, with Li Xiao Dong, David Haring, and Elie Samaha executive producing and Neal Allen serving as line producer. Born to be Wild and Island of Lemurs: Madagascar editor Beth Spiegel and composer Mark Mothersbaugh collaborated with Douglas and Fellman once again, with sound design by Gus Koven. The film is presented by IMAX Entertainment, in association with IMAX Documentary Films Capital, Jin Yi Culture Investment (HK) and Panda Productions.

Pandas is showing at Discovery Place Science. IMAX tickets are $10 for adults and $9 for children (2-13) and seniors (60 and up). When combined with Museum admission, IMAX tickets are just $5 for all ages. Showtimes and more information can be found here.