No passport needed to enjoy this island experience

The four-part Taste of Cuba series aims to highlight the culturally significant components of Cuba and dives into the charm that makes the country so unique. The first event in the series, Taste of Cuba: Eat, will take place from 6:30-9:30 p.m. on September 27. Additional events themed Fiesta, Sip and Live will occur on November 9, November 21 and December 4.

The first event will include special food demonstrations and catering of national dishes for guests to indulge in the flavors of Cuba. Traditional foods being served include ropa vieja, croquetas de jamón, medianoche and more. The Museum’s partner, Something Classic, as well as the food truck Mambo on Ruedas will be serving up the traditional Cuban fare. A cash bar will feature staple Cuban beverages including mojitos and beer.

The evening, which is designated for guests 21 years of age and older, will also showcase the work around coral reefs being conducted by Discovery Place Science in conjunction with UNC-Charlotte as well as featured activities touching on the sustainable farming and agriculture practices of Cuba.

The inaugural event in the Taste of Cuba series also includes a viewing of CUBA in the Musuem’s IMAX Dome Theatre as well an in-person talk by Fernando Bretos, a conservation scientist featured in the film.

Filmed exclusively for IMAX® and giant screen formats, CUBA immerses audiences in the electrifying culture of the island and reveals why Cuba continues to stir the imagination of the world. The film tells the powerful story of a land preserved in time yet poised on the cusp of dramatic change. The nation’s lively culture, its meticulously maintained colonial architecture, and the pristine ecosystems provide a colorful window into the island’s history and heart.

Audiences will be transported across breathtaking landscapes, beneath the ocean’s surface to iridescent reefs, and into streets throbbing with music and dance in the heart of Havana. Through the eyes of Cuban artists, historians and scientists, the film provides an intimate look this vivacious island nation.

Through this film, director Peter Chang hopes to open the eyes of the world to a fuller picture of this dynamic, multi-dimensional country and its people.

“It's the architecture, the large unspoiled swaths of land, and the cities. Cuba is so unique and fascinating. A world unto itself."
Peter Chang, director of IMAX film CUBA

“It's the architecture, the large unspoiled swaths of land, and the cities. Cuba is so unique and fascinating. A world unto itself. Seeing the landscapes and the cityscapes on this large canvas will make people realize what’s there just 90 miles from our border,” says Chang. “CUBA will be a portrait of this vibrant island at a pivotal point in its history and will bring to life the character and spirit of the land and people as only the giant screen can.”

The film will begin showing for general audiences on Saturday, September 28. Tickets to see CUBA in the IMAX Dome Theatre are $10 or just $5 when purchased with Museum admission.


Tickets to Taste of Cuba: Eat are $45 per person. To learn more about the entire Taste of Cuba series, click here.

Our Caribbean getaway will continue with three additional Taste of Cuba evenings as well as a limited run of ¡Cuba! the exhibition opening at the Museum on November 9. 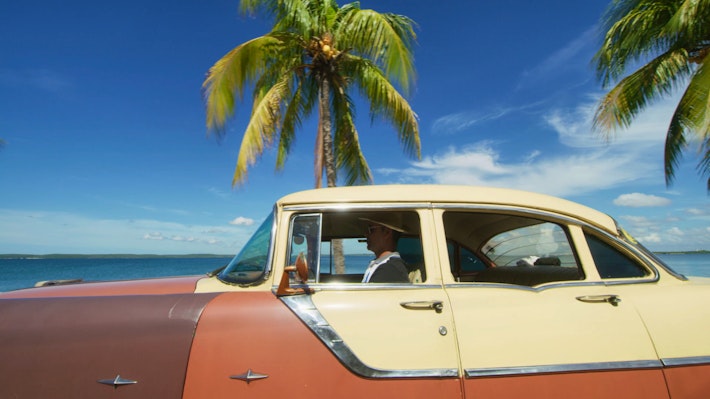